Why Fees Are Best 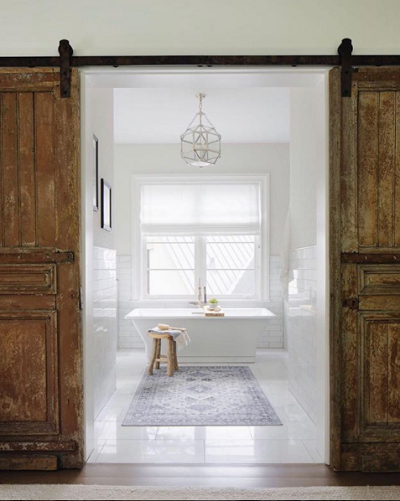 I want to share with you my list of all the reasons why design fees are so much better than getting paid by the hour.

#1 – Your fee is based on a particular set of specifications and deliverables that you’re going to deliver to your client.

It’s very clean, and you know exactly what you’re going to do for the client, as well as what you have to do to complete it. So, it’s clear for you; it’s clear for the client. They know what they’re paying for, and they know what they’re getting. And because you have all those things already worked out in advance, the job goes much smoother, faster, and it runs to completion. Plus, you make more money – it just works that way.

#2 – Design fees have to be in sync with the budget.

In order for this to work, there has to be a connection between the design fee and the budget. We’ve talked about that before; it’s about 15 percent of budgets, especially on a furniture job. We know it will be easy to sell because it makes sense with the budget.

We also know that we won’t be undercharging our hours or worry about overcharging hours. I don’t think anybody’s ever done that in their entire life. It always goes the other way. But it does get you honest in terms of specifying the amount of time that a job should logically take. What you can get done inside of it becomes your profit, and it works really easily.

#3 – You only have to talk about money once.

None of us like to present and say how much we’re worth.

It’s a somewhat difficult thing to do, but manageable, so I know you can do it. But when you have a fee, you only need to do it once, and then it’s all planned out after that. You don’t have to go back every month and figure out how many hours and bill for it. You eliminate the thoughts of, “Oh, I don’t know, maybe I should make the invoice for less.”

All that stuff is gone. It gets you out of your way because you’ve already decided and planned it out. It’s a really good mind hack actually, to create something where the way it works keeps you from doing something that you don’t want to do that’s really easy to fall into. It’s also a great way of correcting that and making sure you get paid what you’re worth.

#4 – You always know what you have to do before the next meeting.

That’s a wonderful thing because when you’ve determined what decisions are going to be made, you know what pieces, what research, and everything else that has to happen before you present at that next meeting.

That way, you can figure out the time it will take you. You can give yourself three hours or six hours or whatever it is that needs to be done. When you do that, you’re going to have much more free time. You won’t get lost and be doing paperwork at ten o’clock at night. It’s going to calm that piece down quite a bit.

You know there are only so many hours in a working day. There are only so many hours you can sell, and some of them have to be in non-billable hours. So, when you hit the maximum of hours you can sell, that’s as much as you can possibly make. You’ve hit the ceiling. You’ve created your own ceiling when you didn’t really intend to do that, but that’s what happens. With fees, you’re free to do other things inside that fee to get the job done.

This is all about scaling up your business. You might have figured out that this piece needs to be there in order for you to move upmarket. Having fees gives you the freedom to be able to do that.

How many times have you been in a job, and you thought you were almost done, but there’s one more thing to do, and you need to bill for it? Then, your client goes out of town, or they don’t make a decision, or something happens, and that last piece doesn’t get done.

Now, you have a chunk of money sitting there that needs to get billed. Just bill it. Don’t let your clients control your money. And when you’ve got it already set up on a contract, it’s really easy to work that way. You can send those bills out, and your client pays them, so there’s no problem at all. You won’t get stuck behind the eight ball because somebody else doesn’t realize what they’ve done to your cash flow.

This is the big one. If you’ve been doing interior design for a while, you’re faster than someone new. And when you’re fast, you get jobs done in fewer hours than before. So, you actually make less money by billing hourly. And it’s not logical or right that somebody who’s really good and really fast at what they do, and is really skilled makes less than another designer who has less experience. So, if you’ve got your 10,000 hours in, you’re at the pro level, but you make less money.

It doesn’t make sense that you would make less than somebody or charge less than somebody who’s new and just learning their chops and not being able to do that. When you have a fee, you get paid the logical amount it takes to produce the job. But because you’re really good at what you’re doing and you’ve become really fast, you make far more money because you get it done in fewer hours than that fee actually represents.

The other side of that is when you’re scaling up your business. There comes a point where you start using a design assistant or two or three to develop the jobs you bring in. You’re always going to be the front person. But you’re the one setting up the concept, the color schemes, the direction the job is going, and what the client wants. You develop those pieces, then you turn it over to your staff, and they build it out.

You have oversight; they’re going to design for you and the client because your name’s all over it. But the assistants who are producing those jobs are less expensive time-wise than what your fee represents. You have a profit per hour on the people that are working on the job, so there’s another place where your business starts becoming profitable and scalable.

Fees work, and believe me, they are well worth it. So, the best interior design business advice I can give you is that your fee to do a project is based on the value you bring to the job, not how many hours it took you to do it.

This concept is a mindset shift. When you step into practicing this, then fees are easy and work really well.