What Does Your Client Say? – IDBA

What Does Your Client Say? 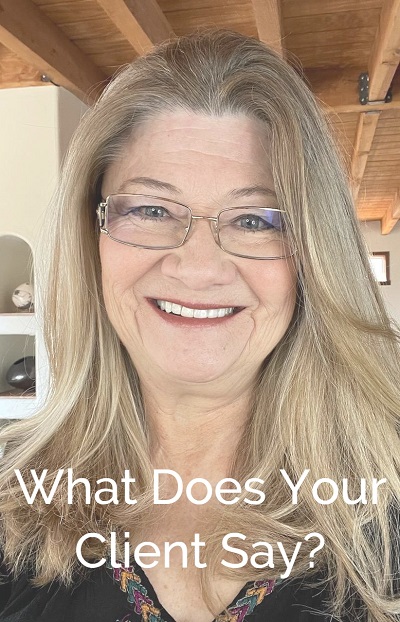 Let’s discuss what your client says when you ask them for a budget. There are four major things that you typically get as a response. One is, “I don’t know.” And to be honest, they probably don’t know.

They could also have a budget but don’t want to tell you. They might think that if they don’t tell you their budget, you won’t actually spend that much. Or that you’ll spend it all when they think you can do it for less.

There is also the client that says, if they like it, they will buy it. We know that isn’t entirely true because there is a limit to everything. Then, there’s the client who has a budget of around $15k who is standing in the middle of a 60’ x 30’ great room and wants the works – furniture, fixtures, rugs, and everything else – which we know is unrealistic.

All these situations can be solved. However, you need to realize that when you ask for their budget, your client will often take that as if you’re asking them how much money they have. Then, they often get defensive and back off. Once that happens, you’re stuck in a position of not knowing what to say next, and you let it drop.

Your only choice now is to look at the house, what kind of car they drive, how your client dresses, and what the furniture looks like. That way, you can match things up and try to figure out what budget level the client belongs in. As you’ve probably guessed, this isn’t an efficient way to design a room.

Watch the video above, where I explain the variety of problems that can arise when you don’t have a clear budget to start with. I show how using a strategy like creating a budget on the fly can provide a solution in just a few minutes while adding lots of value to your first appointment. You will also learn the many benefits of using my budget on the fly tactic and how it can help you leave that first appointment with a check in hand.

If you would like to move your design business up market, know how to have an approved budget every time you start a job, and learn something new each week, then check out our latest 2.0 version of the Modern Designers Guide.