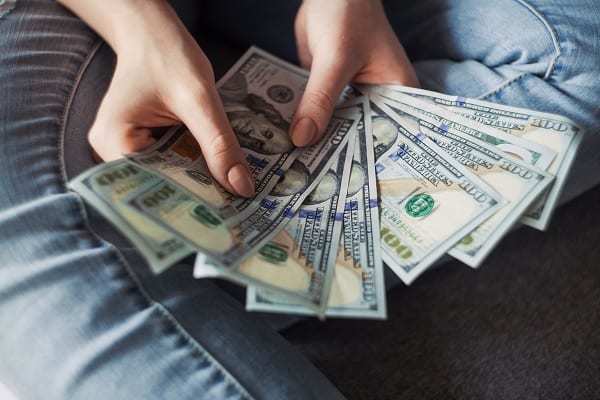 Today, I want to talk to you about a pretty cool subject.

What Do You Deserve?

Now, through the years, as we grow up, things happen that start diminishing our belief that we will be provided for. Life happens. But it isn’t necessarily the truth that our ability to have abundance in our lives is diminished. It’s a belief that we have created about it.

If we take that wealth consciousness piece apart, and we look at the word ‘wealth,’ it’s not just about money, it’s about abundance. It’s about all the pieces it represents. It’s what you feel about your value and your self-worth. It’s your thoughts about money, being successful, and being rich. It’s your thoughts about what you think about people who are rich and successful; it is the inner deservingness of you.

If we look at the consciousness part of that phrase, then we’re talking about being aware of what all those beliefs are. It’s the awareness of belief systems, the stories that we hold, and the rules we live by that we think have to be there. It’s your lack of awareness of these misconceptions that keep you in place.

How I Moved Past Misconceptions and Embraced Abundance

I want to tell you a story about my big misconception, and that I was always creating something that was just barely enough. When I was younger, I was very good at taking care of myself, but just barely, meaning not a lot of extra stuff. I have to tell you that when I was divorced and had to go out on my own and take care of myself and my child, I was absolutely terrified. I’d never done anything like that before. I’d done it in partnership and been very successful, but not on my own.

I sold my house and moved into my mother’s guest house for a year, just to take the pressure off. I had a commission-based job in a furniture design studio, which I did quite well with. I also did lots of little side jobs like florals and framing and that sort of stuff that they let us do to generate a little more income. And I managed to pay the bills and keep everybody going, but there wasn’t a lot of extra. There wasn’t extra for vacations, and there wasn’t any extra to put in savings or to have any cushion; it was just barely enough.

Fast forward a few years, and I went to a wedding in Maui and met a girl who had just discovered Deepak Chopra and shared him with me. She had found a tape of his where he was talking about abundance, the abundance of the universe, and what that really meant. Now, I’ll share a quote of his with you here…

“Abundance includes money, but it’s not just money. It’s the abundance, the flow, the generosity of the universe, where every desire that we have must come true, because inherent in having the desire are the mechanics for its fulfillment.”

So, what he is saying is if you actually want something, and truly believe that it’s yours, the mechanics for making it happen are actually there.

It took me quite a while to wrap my head around that. It was a long-term project actually. I listened to that tape over and over again, trying to get it. And one day, I realized that things had changed dramatically.

My jobs started getting more significant. I won a national ASID design award somewhat accidentally, and I didn’t even think I was going to, but it happened. I discovered National Home Builders and started doing models for them. My studio went from a few hundred thousand dollars a year in gross sales to multiple 7 figures in a matter of only a year and a half. I bought a commercial building for my studio because I needed many people to get all the tasks done. I also bought a little ranch property so I could bring my horses home. This whole piece just unfolded because my belief system shifted, and my inner deserving shifted.

How to Work on Shifting Your Mindset

Teaching you how to shift your inner deserving is something I am very excited to share with you. And that is what we work on at the upcoming mindset retreat, the 2019 Design Biz Summit: Mastering Your Mindset. It is in November, and it will be in Scottsdale, Arizona, at a very luxurious resort. We are limited to 100 wonderful designers who would love to share and connect with others. It’s a lovely community that we create together. There’s a lot of sharing, learning, and discovering all the exact steps for manifesting what you want. And there’s a lot of dancing! We dance out what we want to release, what we want to bring back in, and we walk out transformed, ready to create a new kind of life that doesn’t have the struggle anymore.

If you’re ready to let go of that struggle once and for all and step into the money, time, love, health, freedom, and all those things you’re looking for that you want to create, join us at the summit. It would be an honor to have you there. Click on the link below, you’ll get more information, grab a seat, and we’ll see you there.

In the meantime, design something beautiful and get paid what you’re worth.