How much should interior designers charge? 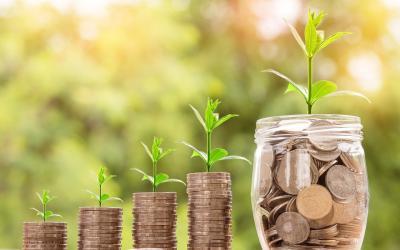 How much should interior designers charge is a question that keeps coming up, but this question can’t be answered without getting into how much you should charge billing by the hour?

I spoke with a designer this morning who was very embarrassed to share that she’s only charging a $100/hour, and that she knew I’d be upset with her because she needs to charge more.

Frankly, I wasn’t upset with her if she’s charging for everything she does for a client – that’s better than raising her rates.

But what I quickly discovered was that she’s working about 50 hours a week, her cash flow is sluggish, she’s usually broke, and made $42,000 last year.

Now, you all have done the math with me before on this thing:

And what doesn’t add up is she’s not billing for everything she’s doing and is dealing with some self-worth and comparison issues.

When you compare yourself to others, aka another interior designer who says they charge more than you, then you’re going to feel bad about it… like you should be doing more.

Don’t get into the comparison game because you can’t win.

It’s a lose-lose. Somebody will always have something that looks like better clients, a better house, a better husband, a better car, better shoes, and that’s going to make you feel terrible.

Now, I spoke to another designer this afternoon and she told me she’s charging $175/hour and she was very proud to share that number with me.

She said that she’s very good at billing for everything, doesn’t bill late nor back down to clients, and does everything the way she should. Yet she is still working 50 hours a week, her cash flow isn’t good, she’s usually broke, and she made $46,000 this year.

So, what does that mean?

That means that she has changed her rate to be higher to look good on the outside, but is charging less in reality.

It can sound really good with other interior designers – like she’s killing it at $175/hour. But secretly she’s back there billing for less than a $100/hour designer and not even for all of her time.

She’s being dishonest with herself, which hurts and diminishes not only her self-esteem but her business too, every single time she isn’t being truthful in how much to charge.

Find your voice and talk about pricing clearly.

Talk with clients about the value and service you bring to the job because it’s amazing what we do and what we provide in a job.

For example, “Of course, I can bring your project in for $200,000 as your budget sets up. That’s fabulous I can do that and my fee is $28,000, and if you’d like to cut me a check for a deposit for $14,000 then I can be back here on Monday morning with my crew to photograph and do my measurements and we’ll get you started.”

Act, bill, and design with courage and that is how much an interior designer should charge and how to get paid what you’re worth.