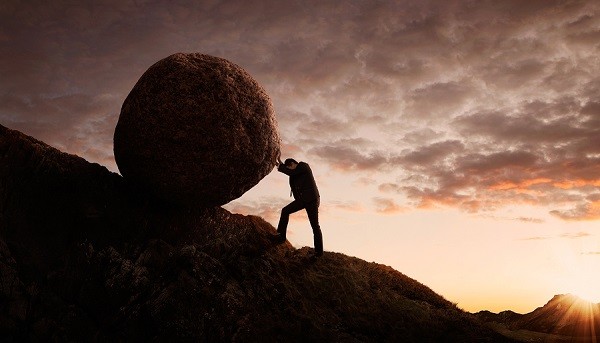 Today, I’d like to talk to you about courage. Successful designers who are financially solid, who have the kind of clientele they want, and the type of practice they want, are very courageous people. It takes courage to stand up and say – this is what I want. These are the clients and the jobs I want, and I’m not going to settle for anything else.

Embracing Courage in Your Design Business

Courage means opening those high-end vendor accounts, getting them ready, meeting the reps, and knowing the lines before a big client shows up that you’re looking for. It also takes courage and friendliness to go back to past clients and ask for referrals. This tactic is vital for marketing in our businesses, and it’s not needy at all. It’s only needy if the designer doing it puts it in that mindset. Our clients are actually thrilled to help us and love to be asked.

Asking for help is one of the most courageous things you can do.

It takes courage to sell design for services on a fixed fee for the very first time; I absolutely know that.

It also takes another dose of courage not to back down after you said it, when somebody wants to push on you a little bit. But when you stand your ground, smile, and confidently explain your value, people are happy to pay you what you’re worth. But it takes some courage along the way.

Transforming Your Fears into Courage

I think we can make this time a turning point in our history and be a positive part of it.

Sometimes we can get stuck in fear, and fear or acting fearfully is often just a habit. It’s just something that you have done for a while, and if you do it long enough, it becomes a practice. That practice becomes a way of being.

But retreating into fear when the pressure is on doesn’t have to be a permanent feature in your life; it actually is a choice.

So what I’m going to ask you to do is that when you get into a situation where you’re feeling fearful, take a deep breath, feel your pulse, and then look and see with your logical mind if there’s anything to be afraid of. You often make up fear stories in your mind, and there’s actually nothing there. You are worrying about something that hasn’t happened and probably won’t happen.

Practicing courage is how you get to be courageous. It’s actually a muscle that needs to be exercised in order to be strong.

Think about situations in the past where you didn’t do something you wanted to do because you were afraid. Or, someone in your family was afraid and stopped you. Think about the result of that situation. It’s usually rather disappointing and didn’t go anywhere. Then, contrast that with another situation where you did what you wanted to do. You stepped over the edge a little bit, stepped through the door with some courage, and what was the result of that? Far different result.

I want to share a quote with you. I think it’s really nice. It’s from a woman named Meg Cabot. And it says,

”Courage is not the absence of fear, but rather the judgment

that something is more important than fear.”

Now when I think of that, I think of being with my grandchildren. If something scary or hurtful were coming towards them, I would step in front of them in a nanosecond.

There would not be a second thought, right? You all have been in a situation where there’s something that’s far more important than being fearful. The point is that if we can do it in this one instance, we can do it in other situations and act courageously. I know that if you’ll adapt this into your life and your practice, it’s going to make a massive difference in your world.

Until then, design something beautiful, and get paid what you’re worth.

Living in a Magical Time

Living in a Magical Time

Focusing on Gratitude in Challenging Times

Focusing on Gratitude in Challenging Times