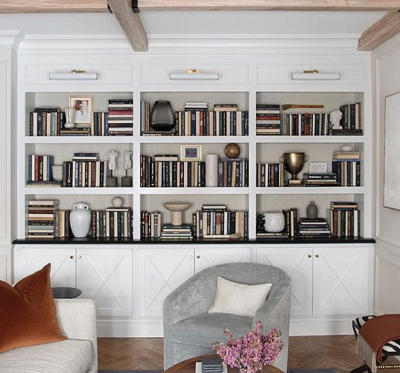 Today I want to talk about some of the woes that we have when charging by the hour. I’ve created a little shortlist of what I see designers struggling with.

Number one, it’s difficult to get hired. When you walk into a job and tell somebody standing in their living room that you cost $150 an hour, and you don’t know how long it’ll take or what the job will cost, it’s pretty scary for the client. Think about it. Would you hire somebody who said that to you? Probably not.

How Hourly Woes Cause Invoicing Issues

Number two, we’re all creatives, which means we don’t track time very well. It’s just not our thing. And you might as well own it because it’s true for you and for me as well. It’s just not something we do very well, so that doesn’t give us good records to build time from. That means we often miss billing a lot of the work we do because it’s not getting recorded and sent back out again as an invoice.

Number three, you may take a month or more to actually build a time invoice. We tend to be much more interested in designing then billing, so it can be a significant amount of time before an invoice goes out. And then, when the invoice finally arrives, the client doesn’t remember what you did. You’re lucky if you remember what you did.

There are also instances where you get so involved in the job that you don’t charge any time. You just start doing products and drawings and getting the wheel turning. Granted, we’re much more interested in doing that, but what happens is that you didn’t charge time for the whole job. Then, you get to the end and say, “You know what, I have to do a time invoice. That’s embarrassing because I should have built this along the way. It’s going to be a lot and oh, what am I going to do? What are they going to say?”

It’s kind of weird too because the client’s in a place where they’re thrilled with what you did. They’ve got the finished job, and it’s beautiful. Except now you’re coming to them and saying you owe me $12,000. It’s not good customer service or good PR; that’s just not the way to do it.

Number four, you finally create the invoice, include everything you’ve done, and you look at the total and say, “Who’s going to pay me that much?” Then, you say, “I won’t charge for a couple of things.” So, you take a few things off. You know you didn’t include everything on there to begin with, and now you took some more off, and send the invoice. Now you’re fine. You think they’ll pay it and that’s great.

The only problem is that you’re guessing what’s in their mind. You gave yourself a demotion before your client ever even got to say no. This is you in your own way – big time! And I know this happens a lot. When I say this to a live audience, I see little black clouds popping up over everybody’s head, because everybody’s done it at some point. It’s what keeps you from getting paid the way you should be paid.

Number five is another biggie. When you’ve done design for a while, you get pretty fast. You get to the point where you can produce a job very quickly. You can make decisions quickly and move through your process quickly and be efficient with it, which is terrific. However, it means that you’re billing fewer hours. So, the better you get at design, the less you make. That’s not right, either. You should not make less for creating a great job compared to another designer who’s just starting out. So again, you’re in your own way.

Why Billing Hourly Prevents You from Growing Your Business

Then, number six, which is the last one I’m going to mention, is that it’s impossible to scale your business up if you only have a certain amount of hours on the shelf. After you sell all those hours, there’s no more you can do. You have to sleep sometime, and you have a life too. Billing hourly prevents you from moving forward.

The key here is that every time you send out a time invoice, you bump up against your own old inherited stories about what your family thought was right about money. Often, a lot of beliefs about your value, or maybe perhaps the lack of your value, make it hard to build and create those invoices.

Until I see you again, design something beautiful, and get paid what you’re worth.