Are You Scared of Design Fees? 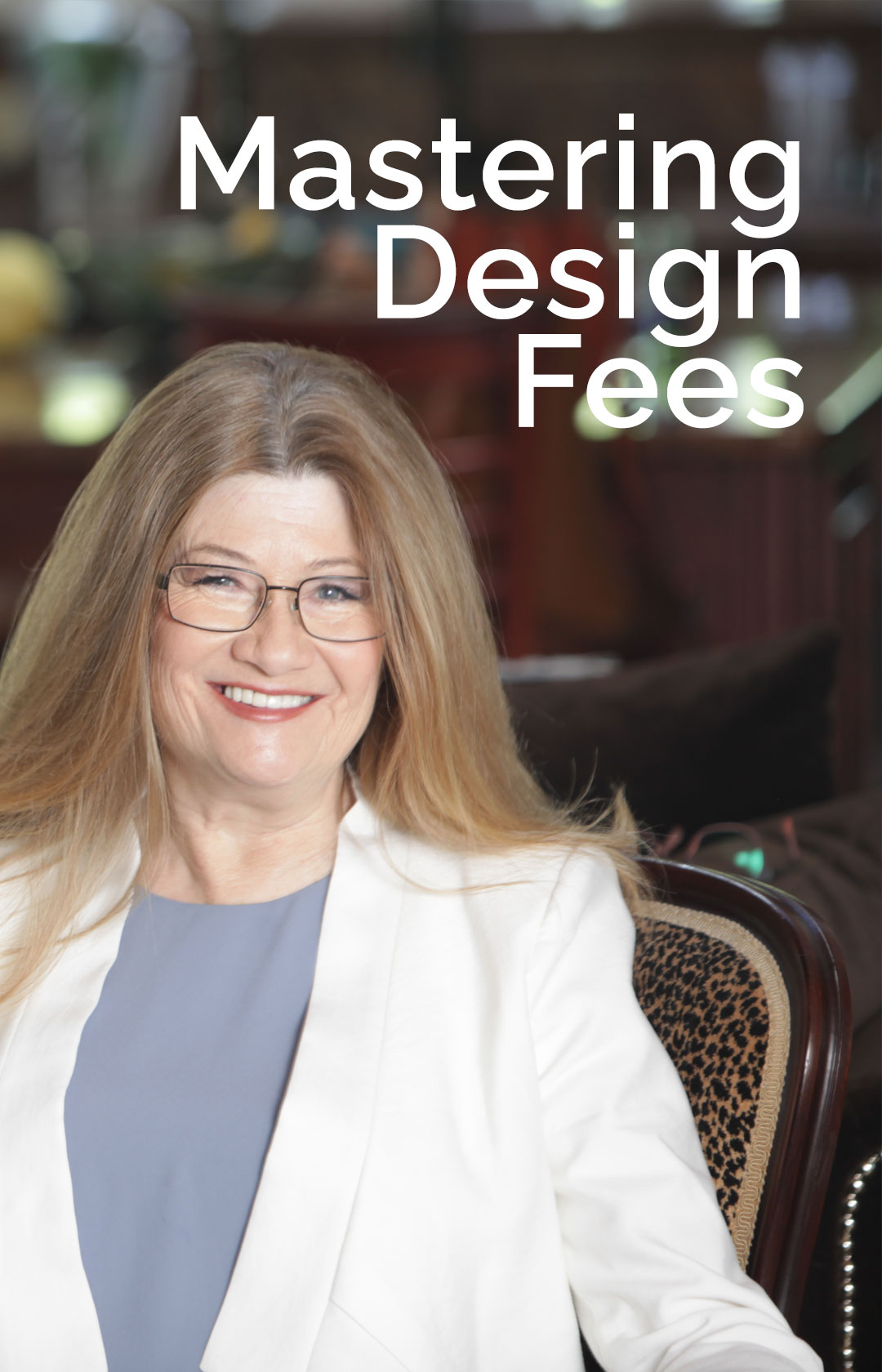 I see designers getting worked up about design fees in two different ways. First, they get worried about not charging enough and ending up being a slave for years working on one job for pennies.

Then, they worry about the opposite, charging too much, where their fee will be so high that the client would never say “yes.” They think the big fee would freak the client out, causing them never to be hired. Neither of these scenarios is actually true.

The Truth About Not Charging Enough

Now, what I know is that if you just pull a fee dollar amount out of the air, it’ll probably be wrong. So, don’t do that because that’s not how it works.

You need to pause and think about it. Look at what you actually have to produce, what exactly does the client want? Figure out how many meetings it’s going to take to get all of those decisions made. Then, you will want to calculate how much time you need in between the meetings, to do your drafting, research, sourcing, pricing, and all that you’re required to do.

That’s how you figure out a fee, and then you just put it out there.

Here is something else I know to be true…

Those of you who are still working on an hourly basis are billing somewhere between a third and a fourth of what you actually do. And that’s terrible. It breaks my heart.

But I also know that if you sit down and figure out a fee, it’s going to be better than that. It may not be accurate or on the nose the first couple of times,

but it’s going to be way better than what you’re currently getting.

So, I invite you to make a mindset shift here and take imperfect action.

Be okay with not doing it perfectly the first time or even the second or third time. Just try it out and see what works. Then, the next time, you can make some shifts. Soon, you will be very good at doing this as it’s not that difficult to do.

The very best interior design business advice I can give you is to make this mindset shift.

Realize that this fear is a story your head makes up that hasn’t happened yet and probably won’t happen. Observe that little piece and realize it’s not true. Once you understand it’s just a head game you’re playing with yourself, it becomes much easier to do.

The Real Reason Behind Why You Haven’t Raised Your Fee

Now, let’s discuss the belief if you charged bigger fees that your clients would never pay you that much because that’s not true either.

This is how the conversation goes. “My client would never agree to the job if I told them it was going to take $200,000 to furnish this house. They wouldn’t go for it. And to top it off, if I told them that they were going to pay me about $30,000 in design service hours to get this done, no way. No way would that ever happen.”

Again, that’s not true at all.

It’s just a belief, your inherited money story that’s causing you to think this way.

Here is the mindset shift part. What’s happening is that your money beliefs are based on old family money stories about what people will spend and won’t spend as well as on your personal money experience and upbringing. This belief is what is in the way of moving up market on your design jobs.

How Your Money Story Impacts Your Interior Design Business

If you’re from a middle-class family like me, in my family money story, we would have never in a million years spent $200,000 on furniture after buying a house. The whole idea would be absolutely ridiculous. And I can tell you that I’ve gotten into hot, unsupportive situations with family by talking about the cost of a job I was working on. It was a $150,000 spa master bath and bedroom remodel, and I was excited about it. I wanted to talk about the cool things I was doing.

The reaction I received was, “That’s disgusting, spending that much on a fancy bathroom.”

What happens when you talk to family members about those prices that are entirely appropriate for the project, is that they try to bring you back to their reality…

not the client’s reality.

And, of course, that’s not helpful at all. You want to be careful about who you talk to about your jobs. Realize that the stories about money and the value of things we grew up with don’t necessarily apply to our clients.

And most important, they need to be kept out of our clients’ jobs.

Then, when you get in a position where you say to a client, “What’s your budget?” And they respond with, “I don’t know,” you are NOT the person that’s going to pursue that conversation. You’re going to let go of it like a hot potato.

However, the problem for an interior design entrepreneur is that you’re missing half your programming, which leads to costly do-overs and never finished jobs, so you can’t do that. The mindset shift is realizing that you have family inherited money stories that are perfectly good for your family, but they’re not good for an interior design business. You need to let go of them in order to be successful.

In our coaching programs, we spend a lot of time working on mindset.

When you make that mindset shift of letting go of your own family money history, and realize that your ideal clients don’t treat money like your family does, you step into something much bigger, and totally different.

Then, you’re able to serve your clients well and get paid what you’re worth.